Eager for political debate? FL voters face disappointment on that score this year 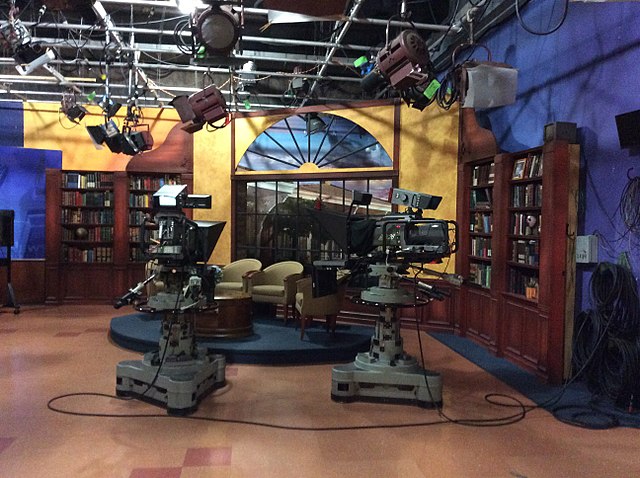 With the general election less than three months away, Florida voters may not get many opportunities to watch candidates square off with each other before TV cameras — or offer any sense of their characters or how they interact with opponents.

Candidates from both major political parties are choosing to ditch televised debates, according to Susan MacManus, professor emerita of politics at the University of South Florida. That could leave voters reliant on political advertisements and other sources of information to make their decisions at the polls.

“Democrats and Republicans alike have been choosing to skip out on debates,” MacManus said in a phone conversation with the Florida Phoenix. “You are seeing this pattern.” It’s a problem across the country this year, as previously reported by the Phoenix. But, so far, it seems only one debate has been scheduled between Republican Gov. Ron DeSantis and his Democratic opponent, Charlie Crist.

“The side-by-side behavior is really important,” MacManus said of in-person debates. “Other than relying on ads, you can tell a lot by physical interaction between people. It gives voters a sense of how they interact with the moderator.”

Crist accepted three invitations to debate Gov. DeSantis, according to Crist’s campaign, but the governor has accepted only one: on Oct. 12, sponsored by Sinclair Broadcast Group’s West Palm Beach television station WPEC, according to a press release from the broadcaster.

“From our understanding, Gov. DeSantis has agreed to the WPEC debate so far,” said Samantha Ramirez, communications director for Crist. “I look forward to debating Ron DeSantis and holding him accountable for his extremist, anti-choice, billionaire donor agenda,” Crist said in a written statement. “If Ron DeSantis wants to take away more of our freedoms and rights, the least he can do is show up and tell Florida voters why.”

When running in 2018, DeSantis agreed to five debates with Democratic nominee Andrew Gillum, according to a report from the Tallahassee Democrat.

DeSantis also was invited to participate in “Decision 2022: Before you Vote,” a debate series to be hosted by Spectrum News, the Tampa Bay Times, the Orlando Sentinel, and the South Florida Sun-Sentinel.

“The governor’s campaign declined our planned Oct. 20 debate but former Gov. Crist has accepted,” Ron Sachs, who’s coordinating that debate series, told the Phoenix by email. “Gov. DeSantis did not give any reason for his decision not to participate.”

Commissioner Nikki Fried, a Democrat who lost her party’s nomination to Crist, decried the governor’s refusal to debate more.

“Boycotting or not agreeing to debates is a disturbing pattern of disrespect to all voters. Freedoms and personal privacy rights for so many, including a women’s right to choose, are on the line this election, and voters deserve to know where candidates stand,” Fried said by email.

(Crist only took the stage once in a televised battle with Fried during the primary, as previously reported by the Phoenix.)

“You look at Charlie Crist and he only gave Fried one debate,” MacManus said. “Nikki Fried agreed to a bunch of them but Crist only agreed to one.”

In Florida’s U.S. Senate race, Republican incumbent Sen. Marco Rubio will face Democratic U.S. Rep. Demings in one debate, according to a spokeswoman from the Rubio campaign. “We have committed to the Before You Vote debate,” said Elizabeth Gregory, Rubio’s campaign communications director.

As of last week, Demings had accepted invitations to three contests, according to Demings campaign spokesperson Christian Slater.

“In November, voters will have a stark choice between a cop on the beat who fights for Florida and a career politician who doesn’t show up for work,” Slater told the Phoenix, referring to the former Orlando police chief he works for.

There hasn’t been much traction regarding debates in important races for seats on the Florida Cabinet, either, although Democratic candidates for Florida attorney general did participate in a televised debate before the primary election.

Cabinet officers are elected statewide and help governors set policy for an array of state agencies and decide questions of executive clemency. According to a report from WESH-2 in Orlando, former Orange County State’s Attorney Aramis Ayala debated other Democrats in the primary before becoming the Democratic nominee to take on Republican Attorney General Ashley Moody.

Ayala told the Phoenix in an email that she wants to debate but Moody has refused so far. The Phoenix reached out to Moody’s campaign but hasn’t received a response.

“In a contested primary, the voters chose me to be their candidate and it is a responsibility I do not take lightly,” Ayala said.

“For my opponent in the general election, I cannot say the same desire to show up for Floridians exists. Ashley Moody knows she will have to answer for her chaotic time in office. When I am out on the campaign trail, I am continuously asked, ‘When will Moody agree to a debate?’” Ayala added: “She has already declined a debate hosted by WESH News, but we will continue to press. Unfortunately, Ashley Moody’s behavior towards debating me is symbolic of her time in office.”

No debates have been scheduled yet between candidates in other Florida Cabinet races, although “it’s not been typical that we have debates among Cabinet members,” MacManus said.

Other positions up for election include Florida’s chief financial officer and the state’s next commissioner of Agriculture and Consumer Services.

Republican Wilton Simpson, soon to leave office as Florida Senate president, and Democratic opponent Naomi Esther Blemur are competing for agriculture commissioner, the job Fried is leaving after serving one term. Simpson’s campaign has yet to respond to a request for comment about whether he wants to participate in a debate.

“To date, no debate has been scheduled,” Blemur, a pastor and busineswoman, said in an email to the Phoenix Thursday.

MacNamus believes that it would help voters to view a debate between Moody and Ayala. “But a lot of people would be interested in those races plus other Cabinet races,” she said.

“It would be extremely informative, and they have very wide responsibilities that affect Florida’s policy decisions,” she said.

The post Eager for political debate? FL voters face disappointment on that score this year appeared first on Florida Phoenix.

END_OF_DOCUMENT_TOKEN_TO_BE_REPLACED

By Amnon Jobi Jakony | The Daily Reformer News on September 22, 2022

A frantic collector of views

Can't find what you're looking for? Try refining your search: